I am dedicating this month to John Clerk of Eldin (1728-1812). His etchings were the subject of my M.Litt research degree at University of Edinburgh. I was introduced to him in 1976 by William Jackson, then proprietor of The Scottish Gallery, Edinburgh where I had worked on and off since leaving school in 1972. The gallery included a department of old master prints and held a group of John Clerk of Eldin’s etchings alongside other Scottish antiquarian prints by artists such as William Daniell, Samuel Swarbreck and Thomas Shepherd. Little was known about John Clerk of Eldin and his etchings, the most available information to be found in E.S.Lumsden’s The Art of Etching. Having completed my thesis (1981) my career took me in a different direction and any ideas about developing other projects with Clerk of Eldin forgotten. That was all a long time ago.

I was to re-encounter John Clerk of Eldin in 2006 when a student from University of Texas emailed me to ask if I was the person who had put on a John Clerk of Eldin exhibition in Edinburgh in 1978 (I had) as she was doing some research on  some of the university’s recent acquisitions. I realised shortly after that incident that we were approaching the 200th anniversary of his death in 1812. If I was going to do anything about my original research, then this was an opportunity to do it. I wrote the book (The Etchings of John Clerk of Eldin), published it and organised an exhibition that took place at City Art Centre Edinburgh and Fleming Collection Gallery London. While doing that, and as part of the research, I discovered that prints by European artist/etchers who were important sources of technical inspiration to him were available at very modest prices, even cheap in comparison with contemporary prints.  This discovery has taken me down a completely different road, that of Old Master prints, which I have been collecting ever since.

Why this focus now? Firstly, for the past six months I have been discussing my prints collection in a Facebook group which started with and has just ended on Clerk of Eldin’s etchings. He’s on my mind. It is good to review what he achieved in his printmaking, especially as he only etched for such a short period (1770-1778). His landscape views of towns and buildings are important records of how they once were before changes, intentional or through the ravages of time and the elements, have radically altered them. He managed a very high standard of etching, making him one of the most renowned amateurs of his time.

Seondly, I have just discovered a new article in the May 2020 issue of The Mariner’s Mirror (The International Quarterly Journal of The Society for Nautical Research) regarding Clerk of Eldin’s book An Inquiry into Naval Tactics (self-published in 1782). It is a fundamental re-examination of the book and the influence it had on fleet commanders of the Royal Navy from 1782. While previous assessments have alluded to the potential for some influence, the general conclusion has been that any influence was limited; some have dismissed it out of hand. For the first time Clerk’s surviving notes and correspondence have been properly studied in depth which has provided clear proof that fleet commanders from Rodney to Nelson had been influenced by Clerk’s writing and, in many cases, acknowledged his work. Nelson’s strategy at the Battle of Trafalgar owes much to Clerk. The article can be accessed at https://bit.ly/2Y02Ety though it has to be bought to be read.

Thirdly, I have been wanting for a while to highlight his work as the illustrator of James Hutton’s seminal book Theory of the Earth. This is the subject for the new Focus Feature. Clerk made 70 drawings for Hutton’s book. After the rediscovery of the drawings in 1968,  27 were selected to be reproduced as facsimiles and presented in a portfolio to accompany James Huttons’ Theory of the Earth: the Lost Drawings published by Scottish academic Press in 1978. This ought to be of great interest to everyone who is fascinated by geology.

Further information about John Clerk of Eldin can be found at www.clerkofeldin.com, a web site I launched in 2012 as part of the celebrations marking the 200th anniversary of his death. 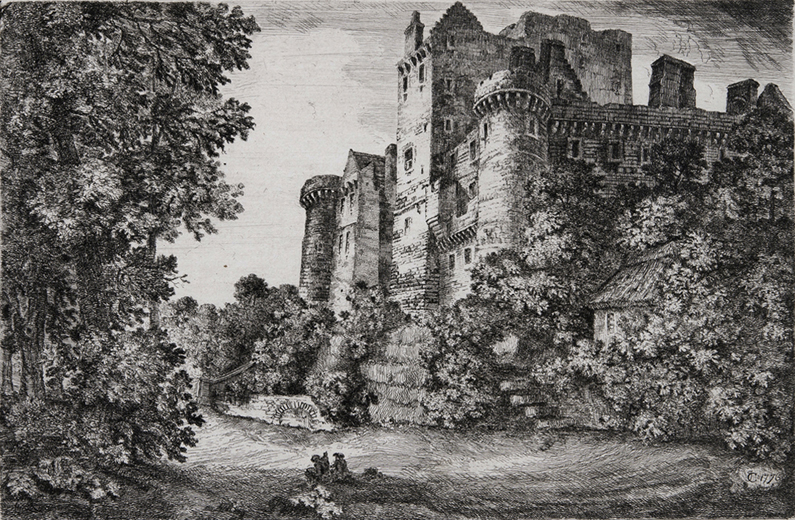