Graeme Todd is an artist and curator. As an artist, his work focuses primarily on painting’s relationship with drawing and employs a multilayered approach to landscape using an additive process to build up images of landscape that are layered, contested and culturally dense.

Graeme studied at Duncan of Jordanstone College of Art and came to Edinburgh College of Art (ECA) as the John Florent Stone Scholar. He has taken residencies at IAAB in Basel, at CASO in Osaka, and most recently at Foundazione Eremo Santa Maria Maddelena di Spoleto in Umbria.

He has been a lecturer in Painting in the School of Art at ECA since 1992, working on both postgraduate and undergraduate courses.

He has exhibited widely and has held solo shows at public venues such as the Fruitmarket Gallery, Edinburgh, Kunsthaus Glarus, Switzerland and Leeds Metropolitan University, as well as group shows in the Scottish National Gallery of Modern Art, CCA Glasgow, Kunsthaus St Gallen and Kunsthaus Zurich.

He is represented by Andrew Mummery in Scotland, Galerie Alessandra Bonomo in Rome and Galerie Brigitte Weiss in Zurich. He has also exhibited widely at both national and international level. His works are held in the collections of Scottish National Gallery of Modern Art, Kunsthaus Zurich and Migros Museum in Zurich, Arts Council of England and other public and private collections.

Since 2007, Graeme has curated several notable exhibitions and projects as co-director of Polarcap Contemporary Art Projects, including ‘Eskimo’ for Edinburgh Arts Festival and Steep Trail; a multi layered project that discussed the environmental philosopher John Muir, the contemporary relevance of his ideas to contemporary thinking, and how collaboration between the arts and sciences could benefit from his legacy.

He is a member of the Temporality/Entropy/Being research cluster within the School of Art at ECA. 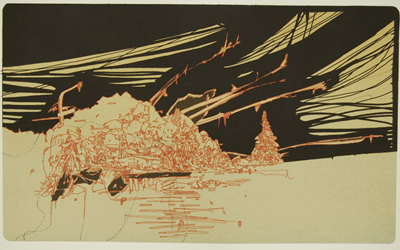